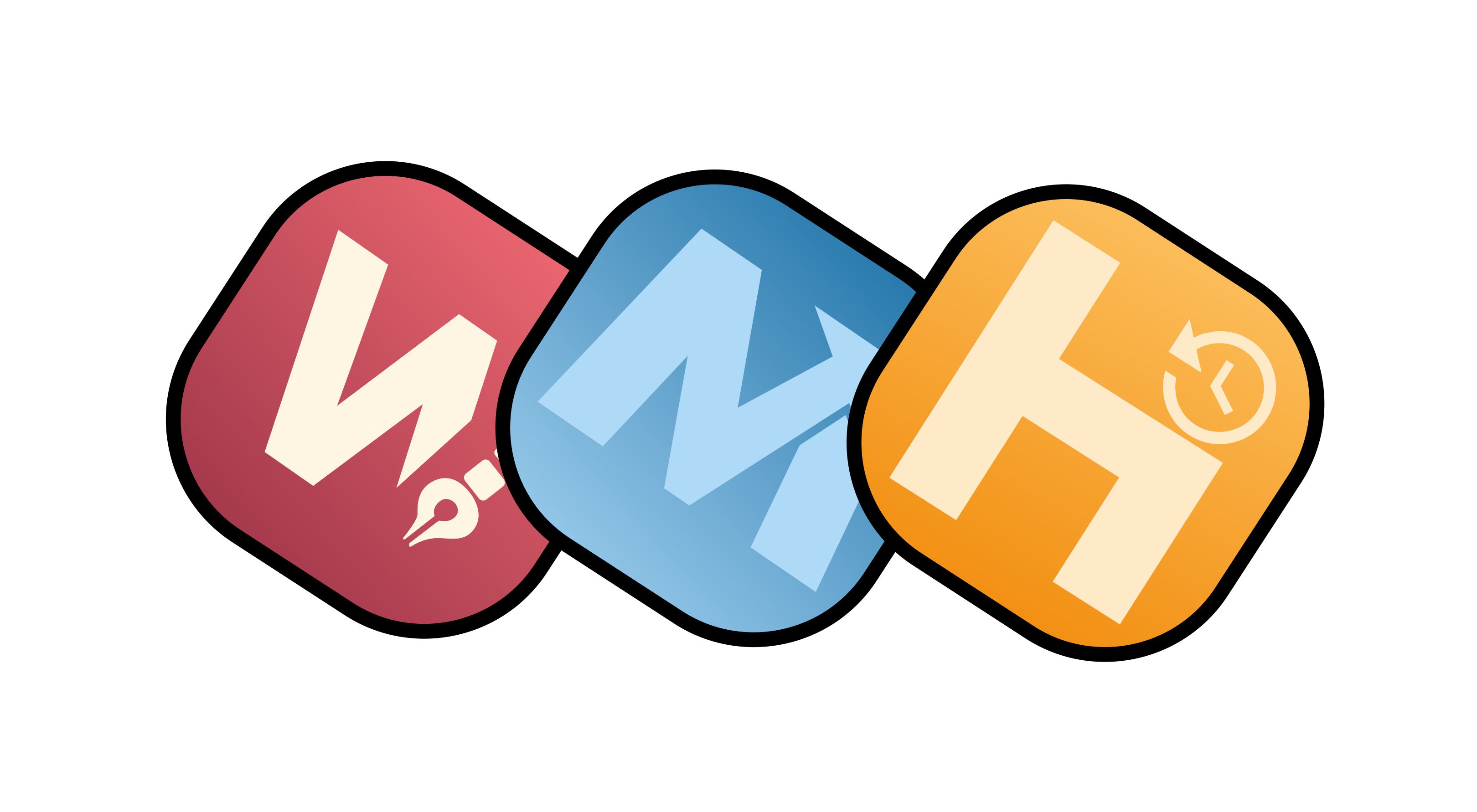 What is a "human"? Leading linguists, historians, anthropologists of Russia and abroad do not stop looking for answers to the main questions of mankind. This could be seen on November 23-25, 2021 in Magnitogorsk, where at the site of Nosov Magnitogorsk State Technical University hosted the International Interdisciplinary Scientific and Practical Conference "HUMAN +", organized by the Institute for the Humanities.

The interdisciplinarity of this scientific conference should not be interpreted as the courage or whim of the organizers. This approach to the study of the humanities is long overdue. As many conference participants noted, only multidisciplinarity makes it possible to achieve a synergistic effect in human research, the search for a new look at human nature and motor culture, ready to challenge them.

The conference is devoted to the discussion of the most important question for the humanists - "What does it mean to be a Human in the new world?". The answer to it constantly eludes us as soon as it begins to seem that we have come closer to understanding human nature, to understanding the essence of man. Everyone knows the definition of the biological species Homo sapiens - "House of Reason". Of course, we would like to think that we are reasonable, but the history of wars, concentration camps, atomic bombings, environmental disasters make us doubt this, despite the fact that animals sometimes show more intelligence in comparison with humans. For Johan Huizinga, homomoludens is “The Man Playing.” The Dutch scientist convincingly showed that the game is older than culture and that human culture has a playful character. Animals play too. There is also Homodeus, that is, the Divine Man. According to JuvenalHararry, organisms are algorithms and therefore homosapiens cannot dominate a universe where big data is becoming the paradigm.

The HUMAN+ Conference was held by the Institute for teh Humanities of NosovMagnitogorsk State Technical University at the site of the scientific and educational EXTEND-Center. It brought together graduate students, teachers and researchers (about 40 participants in total), conducting their research in various scientific fields (linguistics, translation studies, humanities, local history, history, pedagogy, ethnography, etc.), in different countries (Russia, Great Britain, France , Poland, Latvia, Sweden, Brazil), on different continents. It should be noted a large number of students and undergraduates who attended the conference or made presentations at the sections.

The English language has become a significant feature of this conference. All participants presented reports in English. It is significant that not only teachers of the Department of Linguistics and Translation or the Department of Foreign Languages ​​in technical areas, professionally speaking foreign languages, but also teachers, students and undergraduates of other departments took part in the conference from the Magnitogorsk University: the Department of Psychology, Preschool and Special Education, Linguistics and Literary Studies , general history, etc.

The objective feature of the conference was the mixed format of the participants’ speeches, which became traditional in pandemic times: face-to-face meetings, online broadcasting and online reports of speakers who could not come were organized. This required well-coordinated technical and organizational work of both the organizers of the conference and its participants.

The grand opening of the HUMAN+ conference took place on November 23rd. Alexey Georgiyevich Korchunov, Vice-Rector for International Affairs addressed the participants with a welcoming speech; Chairman of the Program Committee, Director of the Institute for Humanitarian Education Tatyana Evgenievna Abramzon and Leading Researcher at the Institute of the History of Natural Science and Technology of the Russian Academy of Sciences, teacher at the School of Art and Design of the State University Higher School of Economics (Moscow) Irina Evgenievna Sirotkina.

At the plenary sessions, scientific reports were made by: in person - Honorary Professor of Lancaster University (Great Britain), honorary member of the Institute of Philosophy of the Russian Academy of Sciences, author of fundamental works on the history of psychology, the humanities and human nature, Roger Smith; cultural historian, anthropologist, leading researcher at the Institute of the History of Natural Science and Technology of the Russian Academy of Sciences, lecturer at the Moscow School of Art and Design of the State University Higher School of Economics, candidate of psychological sciences, Irina Evgenievna Sirotkina; Doctor of Philology, Doctor of Philosophy, Professor of Moscow State Technical University. G.I. Nosova Svetlana Andreevna Pesina, Director of the Institute for Humanitarian Education, Doctor of Philology, Professor at Nosov magnitogorsk State Technical University Tatyana Evgenievna Abramzon; in a distance format (digital platform ZOOM) - historian, professor at Karlstad University (Sweden) Peter Olausson (PeterOlausson) and Professor of the Federal University of Seragipe (Brazil) Igor Gadioli (Igor Gadioli).

R. Smith in his report “Sense of movement: “action-resistance” as the basis of human subjectivity” presented an interdisciplinary study of a complex and complex sense of movement (kinesthesia), which is also called “dark” (I. M. Sechenov), or "sixth", and associated with intuition. Professor Smith's main focus was on the fact that the sense of movement plays a central role in the functioning of all the senses, in the regulation of posture and movement. Kinaesthesia is a fundamental part of the human experience: our psychophysical state and well-being depends on how, how much and with what sensations we move. Understanding how the sense of movement is arranged and works, we get to know ourselves.

The interdisciplinarity of R. Smith's report was manifested, in particular, in the presented analysis of linguistic metaphors based on the ideas of movement and touch: the prime mover of the Universe, this does not concern me, the earth has gone from under my feet, driven by feeling, a tangible blow to pride, hit? move, hands off, cling to memories, he is unshakable, stroking the wrong way, a radical political movement, a touching speech, grasping the self, etc. The speaker noted that the frequency of referring to the idea of ​​movement in speech has deep reasons, and “common sense” suggests we have the answer: man moves as an individual physical body in the physical world, and the sensory experience of this fundamental connection is a natural source of figures of speech for many less obvious meanings. Metaphor builds on what we know. The introduction to touch and movement sets the theme for the story. From the very beginning of life, a living being touches the objects of the real world or feels various touches; moves and meets another movement. Then there are gestures and speech, which are also movements. Our language of touch and movement has a physical, psychological, and social nature: when we realize ourselves as a person, a sense of movement pervades each of these dimensions. Contact, movement and resistance underlie the awareness of self and others, subject and object. Sensory modalities of touch and movement are at the center of a linguistic game that reflects our presence in the world, and this game, like the world, is characterized by richness and multidimensionality. This is how a person becomes a part of the world. In trying to describe what it means to live, we rely in a certain sense on the language of "contact." Philosopher Matthew Ratcliffe, a follower of the phenomenological tradition, observed on this occasion that "no part of the body is ever in a tactile 'void'". R. Smith also relied on the idea of ​​Maurice Merleau-Ponty, expressed by him back in 1999, that “the phenomenological world is a corporeal world, experience is a situational phenomenon, and not detached observation.” Roger Smith's speech set one of the vectors of the general discussion at the conference.